My September 2016 In Pictures. 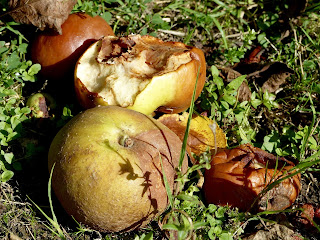 To read about Hythe, Hampshire, click on the link below:-
https://en.wikipedia.org/wiki/Hythe,_Hampshire
Posted by susan vale at 18:00 No comments: 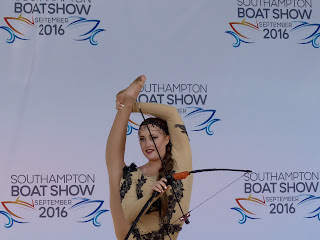 I went to the boat show and what did I see.... I saw boats and yachts, a Tallship, big ships, small ships, stand-up paddle-boards, a marine fashion show, and feet, lots of legs and feet, and shoes, some with feet in, some without - oh, and a foot archer!

The picture at the top shows Orissa, the Foot Archer, performing on stage at 15:40 on Friday 23rd September 2016, at the Southampton Boat Show, Mayflower Park, Southampton, Hampshire.

To find out more about Orissa, the Foot Archer, click on the link below:-

http://www.orissakelly.com/home
Posted by susan vale at 20:40 No comments: 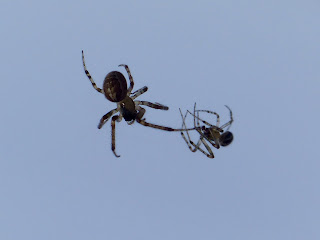 I'm not keen on spiders, but if they're very small and there's distance between us, I can generally find the courage to watch and photograph them.  A pane of glass separated me from this mating couple, so I had a ringside view and took pictures before during and after - the entire episode lasted for one minute, before they separated and scuttled back to opposite corners of the window.

They're called Zygiella x-notata, common throughout the UK and frequently found on window frames.  Actual size 7mm to 11mm (quarter of an inch to a scant half inch).

The picture at the top shows the spiders before mating, at 18:14 on Thursday 1st September 2016, at home in Hythe, Hampshire.  To see more of my mating spider pictures, click on the link below:-
http://susanvale.tumblr.com/post/150176827497/mating-spiders-click-on-a-picture-for-a-close-up 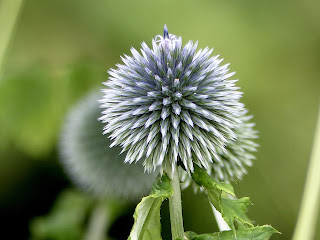 The picture at the top shows a Globe thistle (Echinops), at 15:54 on Monday 1st August 2016, at the University of Leicester Botanic Garden, Oadby, Leicestershire.

The picture at the bottom shows a Victorian earthenware apple, at home in Hythe, Hampshire, on Wednesday 31st August 2016 at 09:31. (The apple was made by Bretby Art Pottery, Woodville, Derbyshire, England, circa 1890.)

To read about Globe thistles (Echinops), click on the link below:-
https://en.wikipedia.org/wiki/Echinops_sphaerocephalus

To read about the University of Leicester Botanic Garden, Glebe Road, Oadby, Leicestershire, click on the link below:-
https://en.wikipedia.org/wiki/University_of_Leicester_Botanic_Garden

To read about the Victorian earthenware apple and Bretby Art Pottery, click on the links below:-
http://collections.vam.ac.uk/item/O67037/apple-vase-tooth-henry/
https://en.wikipedia.org/wiki/Bretby_Art_Pottery 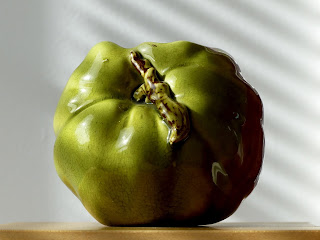